The Entrepreneurial Spirit Behind Spira 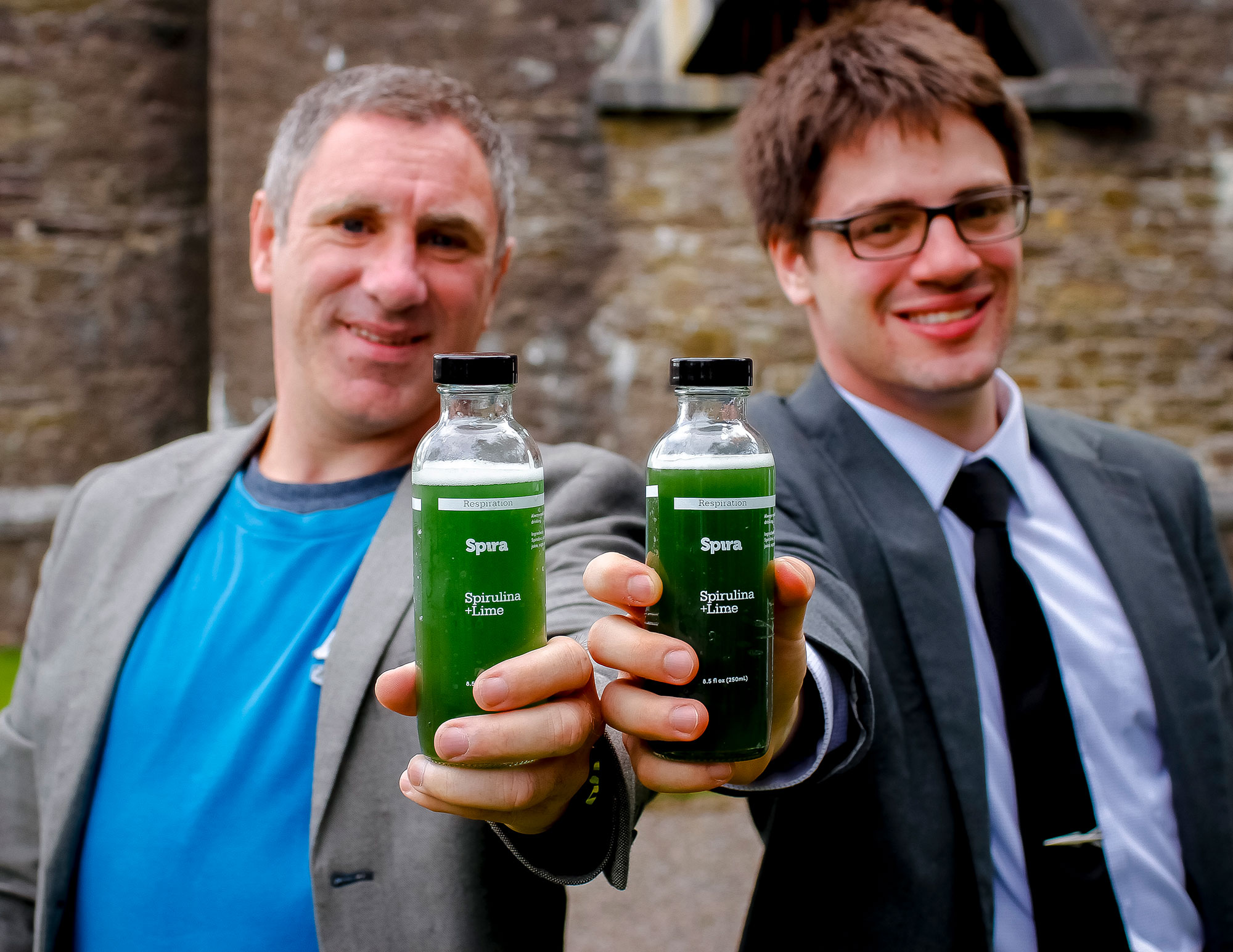 It only takes about a minute of chatting with Elliot Roth to know that his intelligence is evenly matched by his charm. And with the goal of getting consumers to drink what he calls “practically pond scum,” that’s going to come in handy.

He’s affectionately referring to spirulina, a blue-green algae touted by nutrition enthusiasts for its health benefits and its ease of production. Roth’s startup, Spira, has harnessed its power into a refreshing beverage with the support of accelerators Indie Bio and Lighthouse Labs.

Roth graduated from VCU in 2015 with a degree in biomedical engineering, and the entrepreneurial mindset was a strong theme of his college experience. Two years in a row, he competed on two different teams on the Venture Creation Competition. For those keeping score, that’s four businesses – no small feat for a college student – in industries as disparate as mushroom architecture and wheelchair cushions.

So, how did he arrive at the idea for Spira? To put it simply, he got hungry.

“I had a year, post-graduation, to figure out what I was doing,” Roth says. “There aren’t many jobs in biomedical engineering in the Richmond area, so I was applying all over the place. I had a little bit of money saved up from consulting – I had been being doing consulting in various ways throughout my entire college experience – but consulting work dried up in November, so for the months from November to January, I didn’t really have any money coming my way, and I was still living in the city. I didn’t have much in the way of income, so what I decided to do was cut costs. I moved out of my apartment and ended up basically living out of the laboratory, in the garage, and I used that time and space to cultivate different ideas.”

But in the spirit of devoting everything to his ideas, spending most of his time in a garage wasn’t enough of a sacrifice for Roth. “One of the things that I started looking at was: What are my main costs of living? If I want to work on my own ideas, how do I make it so that I’m completely self-sufficient? I started taking meal replacement beverages, like Soylent and Amber Night. I was basically fiddling around with nutrition and taking a look at, if food is the primary cost of living, since I don’t have rent to pay, how do I eliminate that cost? And I had read something years back that indicated that spirulina is one of the most energy-efficient food sources in the entire world. I started looking into that, and I spent my last paycheck from consulting on a startup culture of spirulina, and I started growing it in the garage and using it to supplement my eating.”

From there, as Roth puts it, “One thing led to another.”

With the idea for Spira, he applied to IndieBio, a synthetic biology accelerator in Ireland, and Spira was accepted. “So, from growing, practically, pond scum in a garage to setting up a fully-fledged company and creating a delicious living beverage made of spirulina, it’s been a wild couple of months,” Roth says. “Over the course of three months, we basically did all the things that a new business should do. We validated product market fit; sourced customers, distributors, and bottlers; figured out how best to grow it; and we did all that in a laboratory that they supplied us with in Ireland.”

Now, the team has returned to Richmond and has been accepted into local accelerator Lighthouse Labs, an opportunity that Roth approaches with excitement and pride. “I was tangentially involved in Lighthouse Labs before,” he says. “I attended a lot of their events and things like that. I’ve always admired Todd and Larkin for starting it, and I think it’s really a rather incredible program to be able to give startups rent and ramen money to be able to practice their ideas.”

So, back to his idea.

Spirulina, the active ingredient in Spira, is a true-to-the-name superfood. “It’s pretty damn good for you,” Roth says. “It’s 60 percent protein by weight, it’s got 45 times the amount of iron as spinach, and 13 times the amount of beta carotene as carrots. One of the best things about it, though, is that it has phycocyanin which is an amazing antioxidant, anti-cancer compound that helps chelate heavy metals and arsenic buildup. So, if you eat fish and then take a little spirulina, it helps negate that mercury poisoning that you’re getting. And because it’s micro algae, it doubles every day; it only takes about 23 hours to double. So, you’re able to grow it really, really fast. We went from about 15 milliliters to almost 60 liters in the span of two weeks. If we kept growing at that rate, it would reach the total mass of the world’s oceans in almost three months.”

It almost sounds too good to be true, so there must be a catch, right? Well, Roth says there are actually a few, but that his team is dealing with them now. “One of the challenges that we face right now is just shifting operations from Ireland to the US, and seeing if what we do is replicable,” he says. “Another challenge is that spirulina generally has a bad reputation for taste. You always think: ‘Eat your vegetables. What doesn’t taste good is normally good for you.’ But fresh spirulina has a completely neutral taste. It’s like water, and it adopts whatever flavor you give it. So, we started adding lime, and it’s really refreshing and very tasty.”

There is also the issue of consumer education, but that’s another hurdle that Roth and his team are prepared for. “About half of Irish consumer knew about spirulina, and about 1 in 10 in the US know about spirulina. Another issue we face is shipping and shelf life, and figuring out how to get it in the hands of people. More than anything, we have a supply problem, not a demand problem. I get asked all the time, ‘When will you have Spira for us? When will you be able to sell it to us?’ The minute that we’re able to produce enough spirulina – and we can get production up and running during Lighthouse Labs – is when we’ll be able to deliver stuff to customers.”

For all of Roth’s prodigious qualities – the guy started working in synthetic biology at 14 – he’s proudest of his ability to assemble and work with a great team. “All of the teams I’ve worked in have been interdisciplinary in nature; they’ve been collaborative with different skill sets from different places,” he says. “My chief skill is in putting teams together that are greater than the sum of their parts. I think that, the more diverse a team is, the more likely they will be able to roll with the punches and tackle any problem coming their way.”

And as anyone familiar with the RVA entrepreneurial scene knows, this is a great place for the team to tackle these challenges. “What’s cool about coming back to Richmond is that we already have a built-in network there. Everyone is very open and helpful, and really wants us to do well. That’s really heartwarming to step into the Lighthouse Labs program and already know quite a bit of people, and know what we have to do over these next few months to be successful.”

And Lighthouse Labs is a seemingly perfect fit for Spira. “A lot of what we’re doing aligns really well with the Lighthouse Labs model,” Roth says. “There’s definitely a sense of impact investing at Lighthouse Labs. They look for companies that normally have some kind of social component to them. So, for us, that’s always been part of our underlying mission: figuring out different ways to provide nutrition, particularly to the places that need it the most. What happens if you give access to the production of food to the people? We have the underlying technology to make that happen.”

Check out Spira on Facebook and Twitter. And check back here to stay up to date on all things entrepreneurial at VCU, a Venture Creation University.