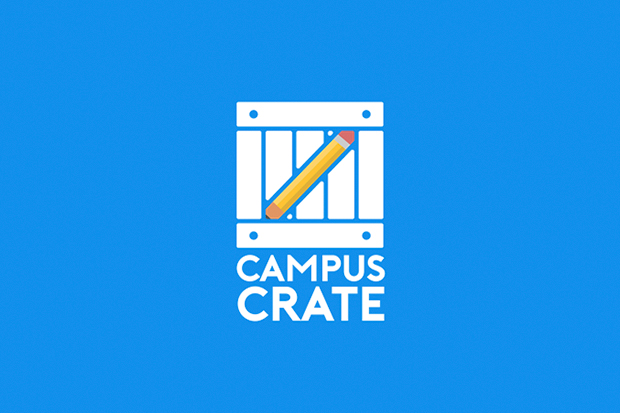 Logan Deyo was one of the seven students selected that earned a spot in VCU’s Pre-accelerator Program this spring. The 20-year-old business major recently founded CampusCrate; a startup that provides a completely customizable care and supply package experience for college students.

Raised in upstate New York, Deyo comes from a family of entrepreneurs. His father, who owns a plumbing company, and mother, who owns a newspaper company proved to be great examples for the aspiring entrepreneur growing up. Having started his own recycling business at the young age of 11, Deyo recalls those formative early years of making money by collecting customers recycling around the neighborhood. However it wasn’t until he enrolled in college when realized that he ultimately wanted to forge his own path as a business owner. Unlike most individuals though, Deyo says that this realization didn’t originate from an “aha” moment. Rather, it was being around his mother and father every day that just seemed to rub off on him.

Deyo came to VCU in part to take advantage of the School of Business and its up-and-coming entrepreneurship program, with the ultimate goal of starting his own company upon graduation – whatever that company would end up being. It wasn’t long until the idea for CampusCrate originated, as Deyo sketched out the fledgling idea during the first semester of his freshman year, upon receiving a less than desirable care package that was purchased by his mother through one of the current solutions on the market. Needless to say, there didn’t seem to be any company providing a solution that would meet the needs of an ever- expanding market in college students. The initial idea started as a subscription service for care packages, but eventually turned into an entirely customizable supply and care package experience for college students. Campus Crate was launched soon after, in September 2016.

According to Deyo, making the first sale was his biggest accomplishment, having further validated their product on the market. He compares it to pinning up the first dollar at a restaurant and appreciated knowing that his initial hard work paid off. For any entrepreneur, coming out of the ideation stage can be difficult, and Deyo recognized that there were still a lot of things that needed to be done and/or improved in order for CampusCrate to be successful. One of those realizations came after conducting extensive customer research early on, recognizing that in order to market his initial product, he needed to sell to parents, not the students which he was targeting initially.

In addition to founding CampusCrate, he also had the opportunity to intern at Lighthouse Labs earlier in the year, gaining firsthand experience working with startups at the nationally recognized accelerator based in town. Deyo says that his free time is minimal considering the fact that he is a full-time student and startup founder, but when the time allows, he tries to attend any networking events in Richmond that become available to him. Furthermore, he enjoys being able to connect and work alongside other companies, especially in an emerging entrepreneurial hub like Richmond.

The advice Deyo gives to other students chasing their own dreams is to simply “get out there and do it.” He says that there are plenty of great resources available to you if you just look and take advantage of them. Sometimes the first step is just networking with the numerous entrepreneurs at VCU and around the city. Additionally, he notes that it is important to not be afraid to take risks and that getting involved is a vital part of entrepreneurship and college in general.

When asked about his biggest influence, Deyo says that there isn’t a specific person he looks up to, adding that there are so many people with great minds that it’s difficult to choose just one. As for what’s next, he says that he is just seeing where things go for CampusCrate, but that he is actively working to receive more resources such as funding, as well as seeking out opportunities to connect with mentor’s in the region to help take his business to the next level. All that said, Deyo has set a goal for himself to travel and see the world this year, but most importantly, his focus is on being a sophomore in college.